Eagle Courts of Honor: A Tribute to the Best 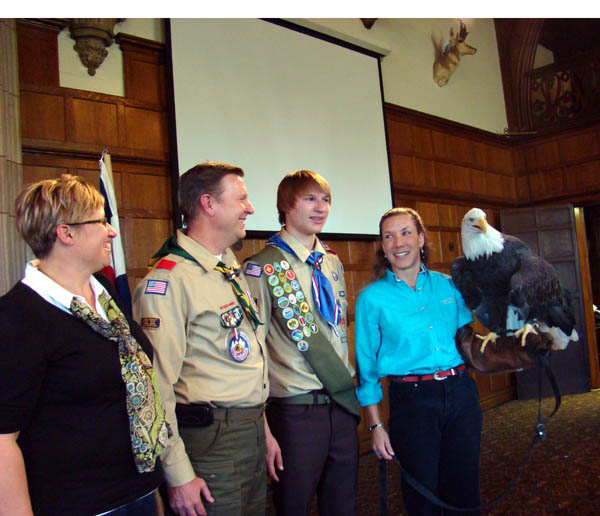 November 1, 2009: Colorado Springs, Glen Eyrie:  The installation of brand new Eagle Scout, Cole (surname withheld by request) was held in one of the most spectacular settings REF has ever had the privilege to participate in. See the beautiful Glen Eyrie castle below.

Cole is a member of Troop 18 from Manitou Springs, Colorado. One in four boys in America will become scouts, but it is interesting to note, that of the leaders in this nation in business, religion, and politics, three out of four were scouts.

In addition to our appearance, Cole received a one year REF membership, a custom poster, a gold eagle pin, and Colorado’s only environmental license plates featuring a bald eagle.

An Eagle Scout is truly a family affair, congratulations to this new family of Eagles. 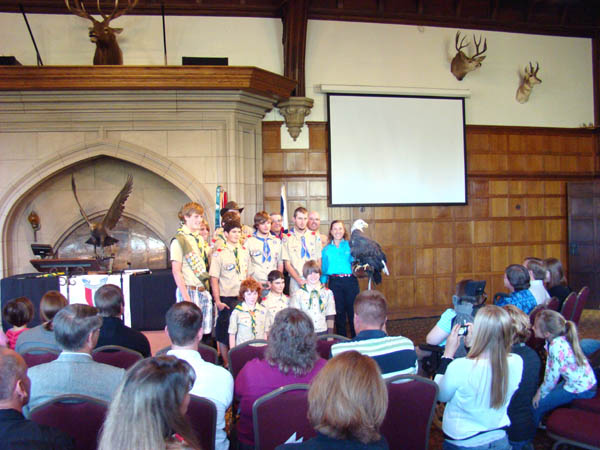 Other scouting guests took advantage of the opportunity to get a group shot with REF’s bald eagle.  The ceremony took place in the Great Hall of Glen Eyrie, and as you can see below, the castle is truly a spectacular example of European architecture tucked into the beautiful foothills west of Colorado Springs. 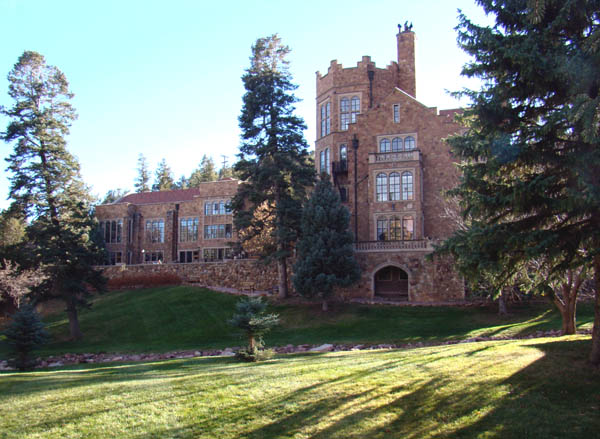 Originally built by the Civil War veteran and hero General William Jackson Palmer, the founder of several railroads and the city of Colorado Springs, the estate was originally purchased in 1870. Local residents often referred to the site as the Little Garden of the Gods due to the outcroppings of red sandstone and worn rocks like those of its more famous neighbor. The name Glen Eyrie was given by the Scottish landscape architect John Blair, who was hired by the General and his wife to improve the grounds. While Blair was surveying the landscape, he looked up to see an eagles nest tucked into a ledge of a rock wall, and said ,Ah, Glen Eyrie. Valley of the eagles nest.  The Palmers both liked the name and officially renamed the estate.  Construction on the castle began in 1904 after Mrs. Palmers death, and honoring her memory and love of England, the General and his daughters traveled throughout Europe seeking fireplaces, artifacts and antique furnishings for the castle. 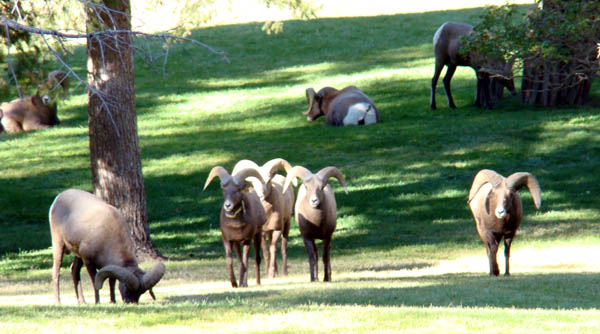 The grounds of Glen Eyrie are home to numerous wild Colorado species, and on November 1, 2009, Cole’s honor guard included a bachelor herd of Rocky Mountain Big Horned Sheep, Colorados state mammal. Eagle Scouts  and eagles …there is no better way to measure a man (or woman). 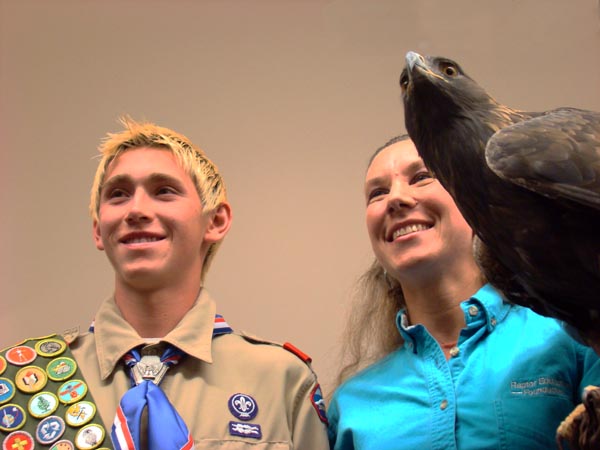 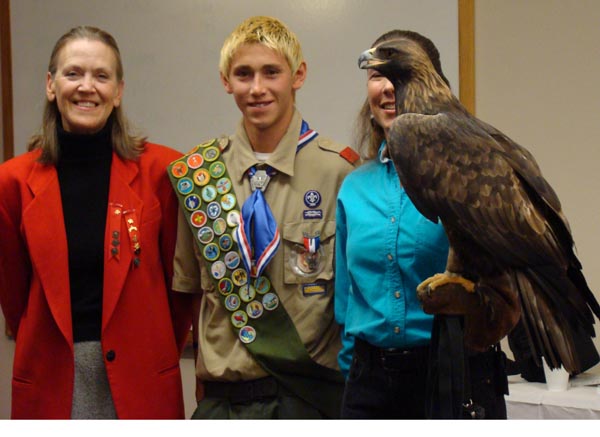