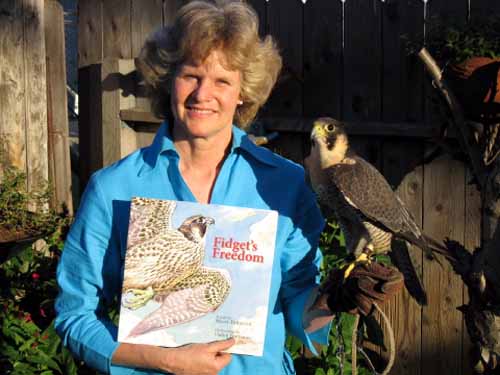 Stacey Patterson received B.A. in biology from the University of California at Santa Cruz.  While she was not involved with the peregrine recovery effort that was taking place on campus, she toured the facility and saw her first peregrine.

In the winter of 1987 she became a volunteer at the Wildlife Waystation in Los Angeles where she had the rare opportunity to fly a red tailed hawk for physical training before release. She has been hooked since.

Stacey began an apprenticeship with a licensed falconer the following year, and became a volunteer with South Bay Wildlife Rehab where she did raptor rehabilitation and participated in educational presentations for over a decade. She became focused on the peregrine in 1995 when she turned a wild rescue bird into an adept educator and has never looked back.

An  audience member at one presentation lead her into the world of childrens literature by telling her about Jean Craighead Georges epic tale about a boy and his peregrine.  Stacey read it and found a new communication venue. As a kid, I told stories through my pets; and it was a natural transition to write about raptors. In the winter of 2001, Fidget was born.

I wrote the Fidget trilogy because of my passion for the peregrine and the fact that the recovery effort is a tale of triumph over adversity.  The theme applies to any endeavor, and this is in part what I want to give to kids.  Lastly, I want to introduce the reader to the magic of the peregrine, and thank the pioneers who cared enough to make a difference.

Stacey is shown (above) with Kera; a falconry partner who took to the skies until last fall. She will launch her current partner Larissa, into the air once she completes her moult.

Stacey is the Imaging Supervisor at the Joyce Eisenberg Keefer Breast Center in Santa Monica, Ca., and shares her life with her husband Mark, and their furred and feathered menagerie. 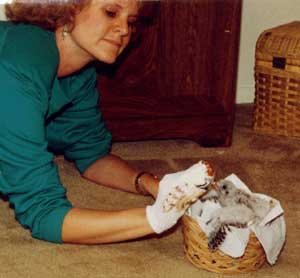 Stacey is pictured using a sock puppet while feeding
an American Kestrel.  This technique prevents the chick
from imprinting on its human caregiver. 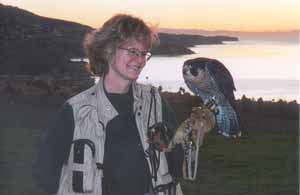 The author, on the California coast, enjoying one of
the oldest human/animal  working relationships
in the world. 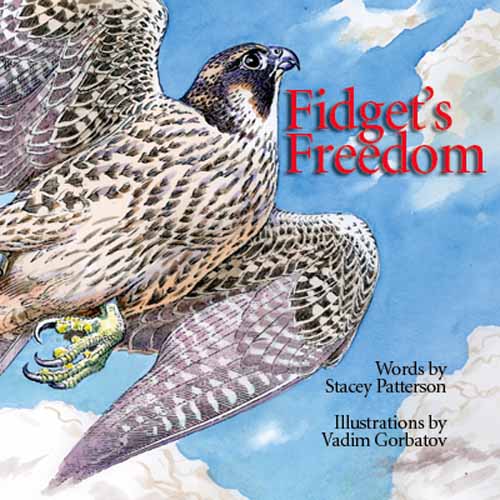