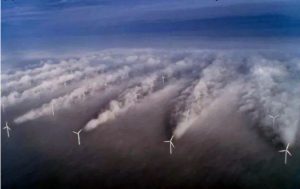 The rare bastions of common sense knew or suspected all of this when the idea of clean, free, reliable alternative energy schemes raised their ugly heads.  As studies developed on the science, the reality became ever more obvious, while the propaganda became ever more shrill.  There never was a consensus as this devastating study shows.  Science is not about consensus. “Solar and wind farms also need 100 times the land area of fossil fuel-generated electricity, and these resulting changes in land use can have a devastating effect on biodiversity. The effects of bioenergy on biodiversity are worse, and the increased use of crops such as palm oil for biofuels is already contributing to the destruction of rainforests and other natural habitats.”  Read more and the original report can be downloaded from this link so you can read the actual study report by the authors. The report is free.

From Germany, which embraces “final solutions”  with a vengeance as we all know, this professor is not following orders as he speaks out in an interview that will, no doubt, make him lots of friends in the great green party.